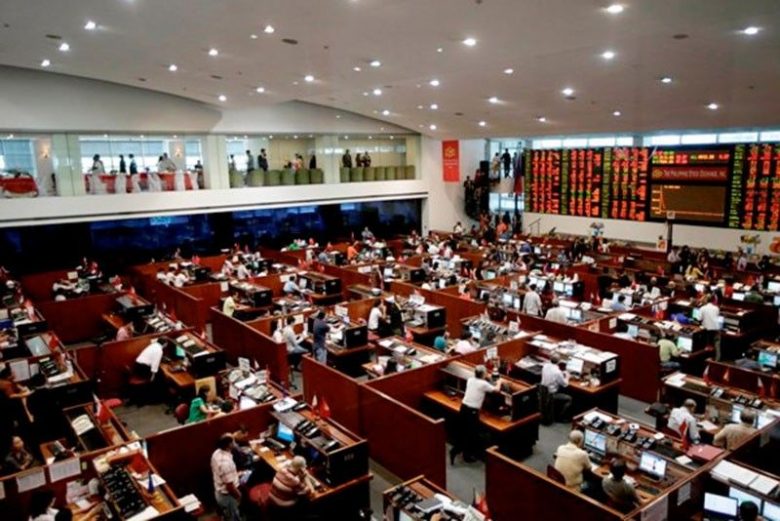 MANILA, Philippines – The market saw some resistance yesterday, with the benchmark Philippine Stock Exchange index (PSEi) refusing to climb up to the 7,400 level.

But Enriquez said this would be short-term only and that in the long term, the market would stabilize. “The market does not like uncertainty,” he said.

One source of uncertainty is the US withdrawal from the Trans-Pacific Partnership (TPP) trade.

Moody’s said the absence of a TPP would affect Asian nations.

“We had anticipated TPP to reduce the cost of trade and open up new investment opportunities for its 12 members, and in particular, its Asian members,” Moody’s said. 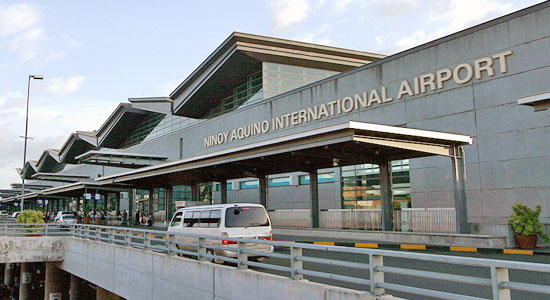 The infrastructure projects may cost billions of pesos, similar to the proposed redevelopment of NAIA, the company official noted without disclosing details.

The administration of President Rodrigo R. Duterte has advanced its first public-private partnership (PPP) with a formal offer to investors of concessions to develop, operate and maintain five regional airports.

The Department of Transportation on Tuesday invited prospective investors to pre-qualify and bid for the separate development, operation and maintenance of the Bacolod-Silay, Davao, Iloilo, Laguindingan and Bohol (Panglao) airports cumulatively worth P108.18 billion.

The government, under the administration of former President Benigno S. C. Aquino III, had offered the deals in a bundle to improve their attractiveness to investors in terms of project cost and passenger volume.

AC Infrastructure will focus on bidding for the upgrade of the four terminals of the country’s main gateway, Mr. Almendras said, when asked about the company’s interest in bidding for the regional airports.

“From the very beginning we really said that since there are many groups already interested in the domestic airports, we want to be able to focus on something, which is critical — more critical,” Mr. Almendras said.

“We’re getting ready for the bigger one, which is NAIA. You still need to fix the main airport because if you expand the capacity of domestic airports, where will the additional flights go?” Mr. Almendras said.

“It’s hard to fix an airport, be ready to handle more flights, passengers, but there are no flights and passengers because they can take off from your airport but cannot land where they want to go to. So, it’s a system — transport is always a system.”

The National Economic and Development Authority (NEDA) Board chaired by Mr. Duterte has approved the redevelopment of NAIA, at an indicative cost of P74.56 billion, in September of last year.

The project covers the operation and maintenance of NAIA for a period of 15 to 20 years. The NEDA Board had targeted to award the concession this September.

“We’re now ready — the whole consortium is ready,” Mr. Almendras said. “We’re just waiting for the government to push though, we want to get the TOR (terms of reference) and know what the details are.”

Ayala will lead the consortium comprising more than two foreign firms and at least one Philippine company. Another local entity wants to join the group, Mr. Almendras noted.

The country’s oldest conglomerate, through its infrastructure arm, may supposedly consider embarking on regional airport projects after the redevelopment of NAIA.

“So, we’re not saying they’re bad investments. They’re all good, they’re all nice, interesting and all that,” Mr. Almendras, who formed part of Mr. Aquino’s Cabinet, said of the five regional airport PPP recently rolled out.

The government has awarded contracts for 14 PPP projects cumulatively worth P293.91 billion since the infrastructure program was launched in the third quarter of 2010.

The Duterte administration, in its first week in office, identified 17 PPP projects for rollout by the end of 2017. It would later announce a more deliberate approach in awarding such contracts. 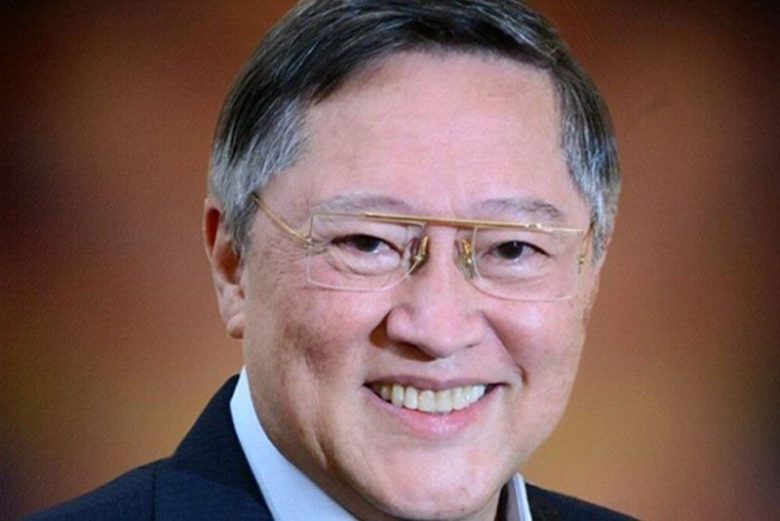 MANILA, Philippines – The Philippine government has submitted 40 projects for possible funding support from China, the Department of Finance said yesterday.

Of the 40 projects, 15 were proposed for loan financing, while 25 were submitted for feasibility study support.

The projects were presented to China by a high level Philippine delegation led by Finance Secretary Carlos Dominguez during a two-day visit in Beijing. Details of the proposed projects will be further discussed in Manila next month.

“It was a very positive and very productive meeting. My expectation is that the projects that we have discussed would be implemented very quickly and that it would benefit both (the) people (of China and the Philippines),” Dominguez said.

Dominguez further described the meeting as a “productive” first step toward strengthening the ties between the two countries.

The DOF said three of the submitted proposals were large-scale projects in the field of irrigation, logistics and utilities, with a combined requirement of $3.4 billion.

Dominguez said other projects on the list were relatively smaller in scale and easier to implement, such as the construction of bridges across the Pasig River to ease traffic congestion in Metro Manila.

All the projects submitted were aimed toward helping realize the administration’s goal to reduce poverty, according to Dominguez.

The Philippine delegation met with officials of China’s Ministry of Commerce, Ministry of Foreign Affairs, National Development and Reform Commission and China Investment Corp. during the two-day mission.

This is the second discussion between China and the Philippines since November regarding the $15 billion investment pledges of China.

Dominguez said the assistance extended by China to the country is a result of the current administration’s foreign policy rebalancing towards accelerated integration with Southeast Asian countries and other major Asian trading partners.

He also described President Duterte’s move to recalibrate the country’s foreign policy a “very smart move” amid global uncertainty over a possible overhaul of US trade policies under the presidency of Donald Trump. 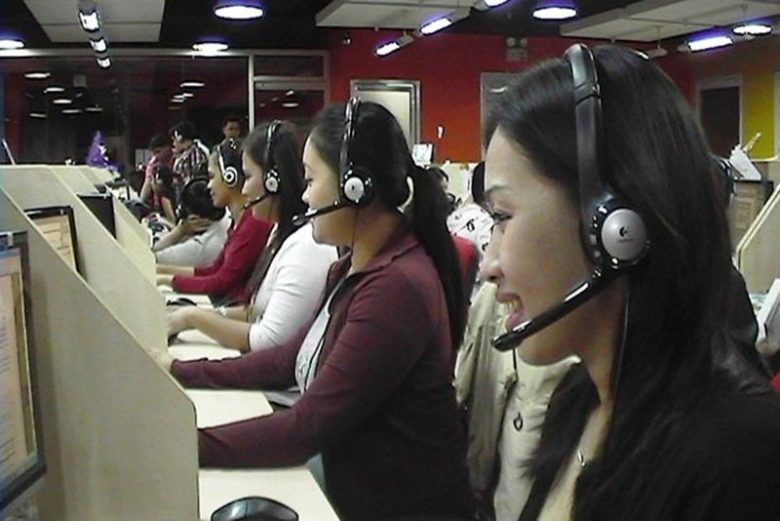 MANILA, Philippines – After reeling from President Duterte’s rhetoric last year, American outsourcing companies remain jittery on expanding their operations in the country, this time due to President Donald Trump’s pronouncements.

Philippine Economic Zone Authority (PEZA) director general Charito Plaza said there are a lot of American business process outsourcing (BPO) locators who have expressed interest to expand but are now holding off investments because of the new American leader.

“Most of the BPO companies want to invest, but they have decided to halt it because they are still waiting to see what will be President Trump’s other pronouncements,” Plaza said.

“I conducted a dialogue with our locators. All the American companies here in the Philippines, that is their worry. They are observing. They are waiting for the announcements of Trump. So they will not expand for the meantime,” she said.

Trump, who was sworn into office as the 45th US president last Friday, has been vocal on his protectionist and anti-outsourcing stance.

Although there may be hesitation about future expansions among American BPO firms in the country, Plaza is not worried about them pulling out from their existing local operations.

“Majority of the American companies under PEZA are already established. They’ve been here for more than 30 years, so I don’t think they will move out,” she said.

Investment pledges approved by the agency last year dropped by a little over a quarter last year to P218.18 billion from the P295.09 billion registered in the previous year.

Last year, Duterte’s anti-US stance alarmed American BPO companies operating in the country, prompting the Information Technology and Business Process Association of the Philippines (IBPAP) to seek an audience with the President to discuss their concerns.

IBPAP said concerns among their members were addressed after government officials clarified the President’s statements.

The country’s information technology and business process management industry is eyeing to generate revenues of $38.9 billion by end 2022, produce 1.8 million jobs, and increase its share of the global market to 15.5 percent. 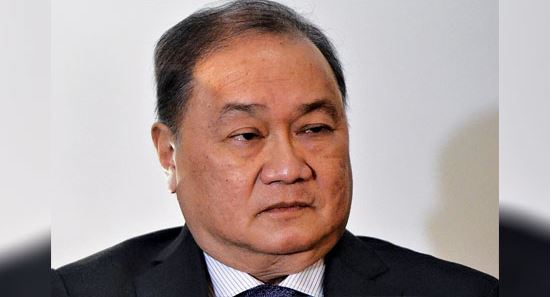 The Ayala Group — through Ayala Foundation, Inc. — on Tuesday announced it is building the first drug rehabilitation facility in the Autonomous Region in Muslim Mindanao (ARMM). It entered into a memorandum of agreement with Marawi City and ARMM to build the facility which will have 70 beds for in-patient treatment as well as accommodate drug dependents undergoing outpatient care.

Other companies have heeded the government’s call to help tackle drug addiction in the country. Listed conglomerate San Miguel Corp., for one, has committed to building a rehabilitation center in Bataan. Alliance Global Group, Inc. also pledged to build such facilities in the cities of Davao and Taguig.

Almost 700,000 drug users have surrendered since October, the government earlier reported. There are an estimated four million drug users in the country.

Currently, there are only 44-Department of Health accredited drug abuse treatment and rehabilitation centers in the country. Of the total, around 15 are government-owned and can only serve about 5,300 in-patients, which is insufficient to serve the growing number of drug users willing to undergo rehabilitation.

President Rodrigo R. Duterte earlier called on the private sector to help in government’s efforts to curb drug addiction in the country.